I’ve never been a fan of the state flag of Mississippi. The confederate symbol in the top corner has no present relevance to the state, is a painful reminder of the dark past of Mississippi, and truly limits the state’s potential.

One thing is certain: we need a new Mississippi flag. 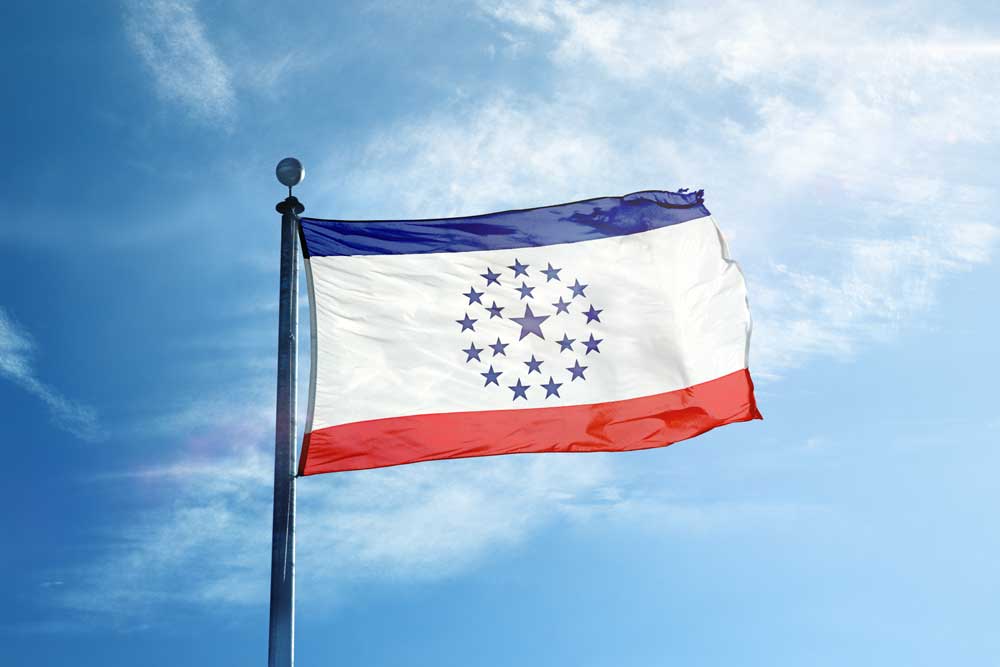 I’ve seen quite a few proposed designs for a new flag that are overly complex. Some of the designs of magnolias and magnolia trees even feel a little juvenile or clip-artish. One has several words that are unnecessary on a flag.

For me, a flag needs to have symbolism that represents the positive and key aspects of a state’s history; it needs to represent the past without reveling in the horrible history of segregation and slavery. It also needs to be easy to remember.

If a five year old can’t draw the flag from memory, it’s a failure.

Here’s my proposed design for a new flag for Mississippi. 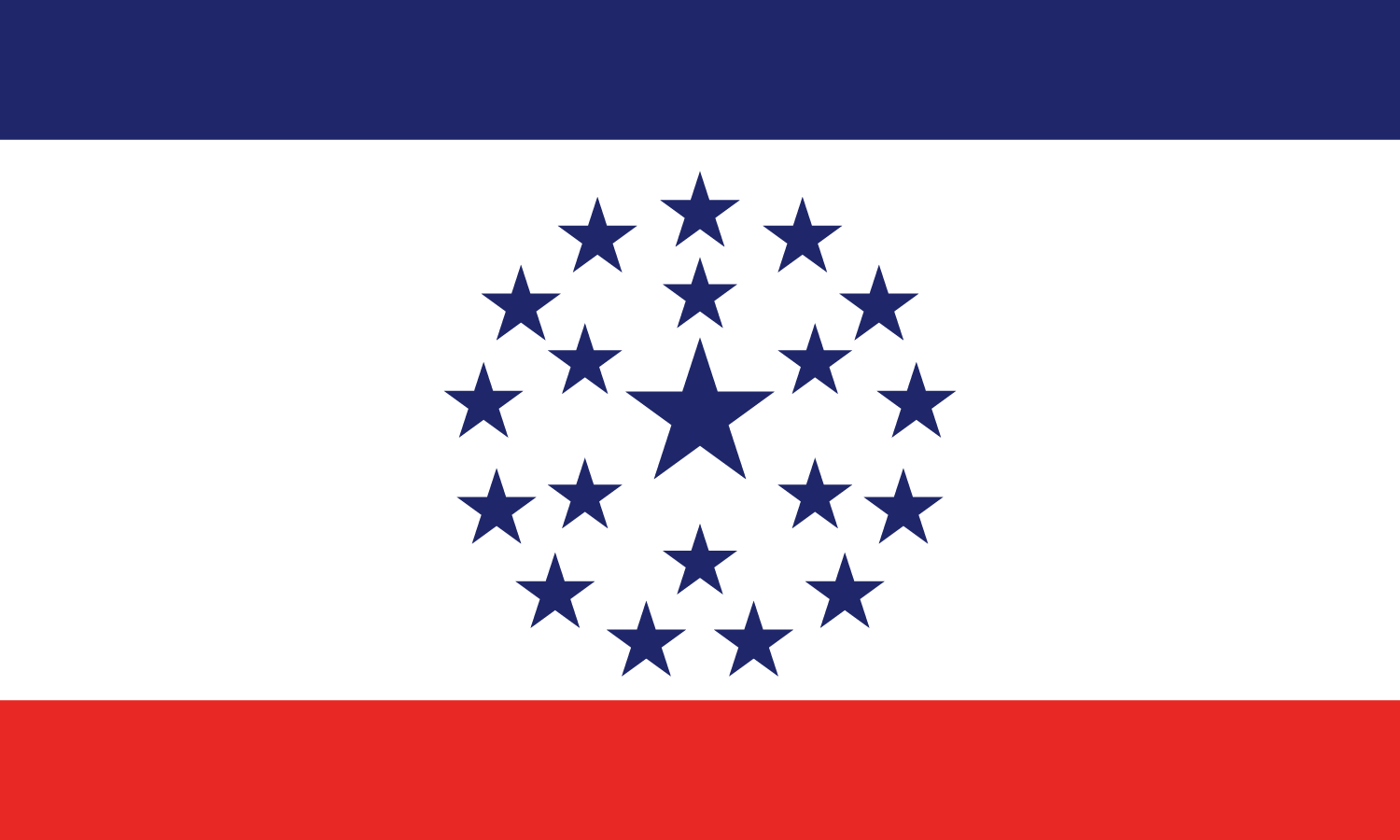 The outer circle of stars represents the original thirteen colonies that formed our Union. 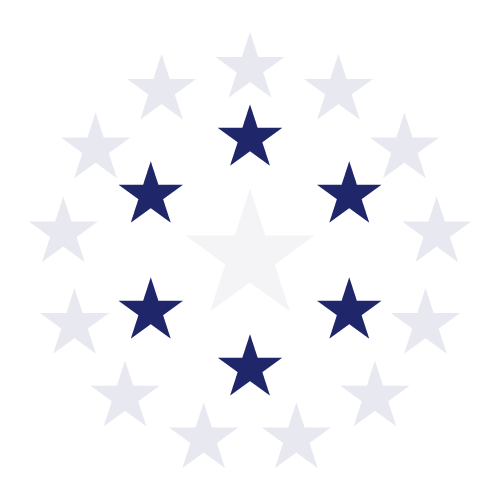 The inner ring of six stars represents the six “nations” that have had some form of sovereignty over the Mississippi territory (various Native American nations as one collective nation, the French Empire, the Spanish Empire, Great Britain, the Confederate States, and the United States).

The Single Star and Five Points

The single star represents the state—as an individual state in the U.S. with its own history—and is the center of the flag.

The five points of star represent the five distinct and diverse regions of Mississippi:

The twenty stars represent Mississippi as the 20th state to join the union.

They also work inward from our history as a country (13 stars), to our state’s history (6 stars), to a single star to represent a unified Mississippi comprised of our whole history.

The red, white, and blue are taken from the current and past Mississippi flags and all iterations of the US flag. White signifies purity and goodness; red represents strength, determination, and love; and blue signifies vigilance, trust, truth, & justice. 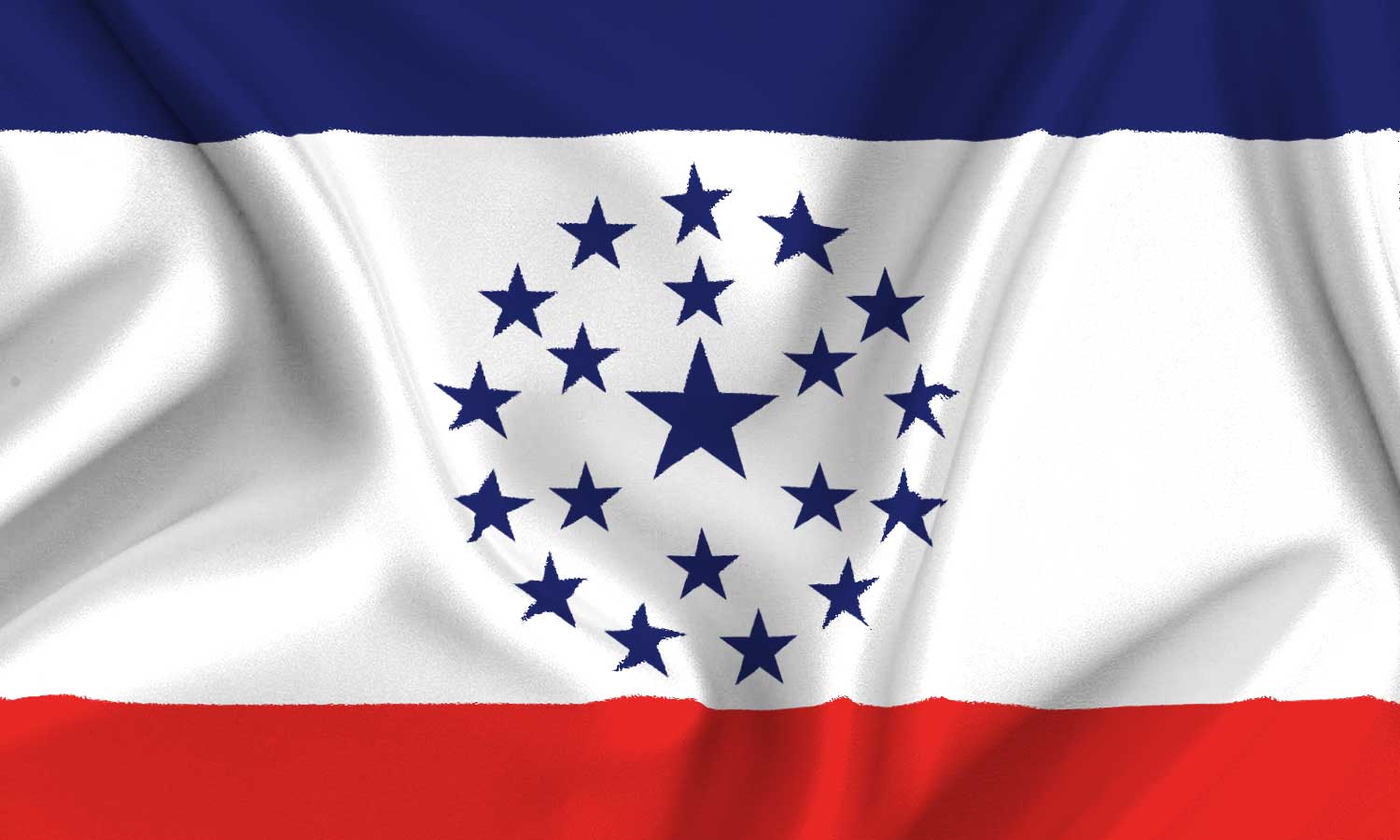 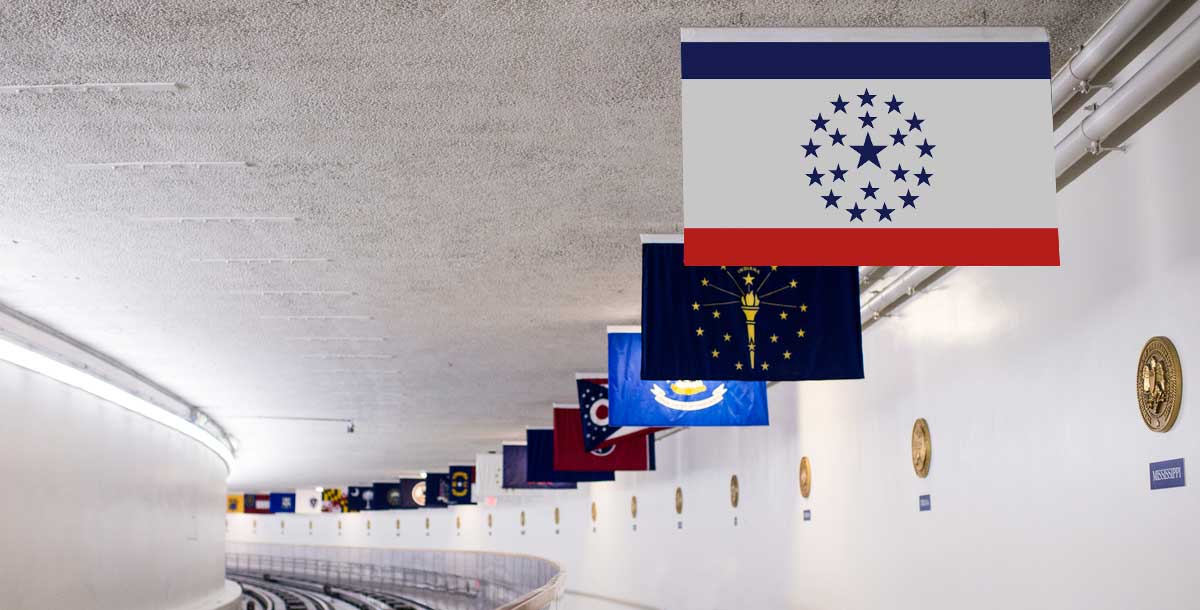 Note: Many of these concepts are not unique. There have been many proposals for the state’s flag. For example, the circle of stars was once proposed to replace the Confederate flag found on the current flag. I’ve added additional meaning to the central star. With this proposed design, I hope to provide a solution for those desiring a new flag without a divisive symbol, and a solution for those that desire a flag that represents Mississippi’s heritage and history (good and bad). This new approach marries what I think has worked in the current flag and several flags that have been proposed in the past.